She started training gymnastics at age 6 till age 15, then switched to dance education. Studied Ballet, Contemporary, composition, contact and improvisation.

As a dancer:
In Israel between 1994 and 2001 she worked with several companies/choreographers such as : Liat Dror&Nir Ben Gal company, Niv Sheinfeld, Inbal Pinto, Noa Dar dance group.
In 2001 started her collaboration with Sasha Waltz&Guests company in Berlin as a dancer in the pieces: Nobody, Korper, Insideout, Impromptus, Dido&Aeneas, Sacre, Orfeo, Continu, Romeo&Juliette, Women, Exodos.

She has also danced in different Dialogues and Improvisation performances in the frame of Sasha’s company such as the openings of Neues Museum-Berlin, Museo Maxxi -Rome, 2009, Elbphilharmonie – Hamburg, 2017 and more….

In 2008 the Italian choreographer Roberto Zappala has created for her the solo piece ‘In-strument 2’, which they will retake in 2019.

As an assistant choreographer/manager rehearsal :

In 2012 was assisting Sasha Waltz as a rehearsal director for handing over the piece ‘Nobody’ to the Goteborg Ballet, Sweden.

In 2017 assisting Sasha Waltz as a rehearsal director for the creation ‘Women’.

2018, assisting Sasha Waltz in the hand over of the piece ‘Impromptus’ to the National ballet of Portugal.

2019, assisting Sasha Waltz in the retake of the creation Nobody a new cast of the company.

Since 1995 was teaching contemporary classes in Israel.
Since 2006 teaches contemporary dance, contact and improvisation in Israel and Europe, as well as repertory from Sasha Waltz’s company.
As a choreographer:
Since 2005 creating her own pieces with her partner for life and creations Giannalberto de FIlippis.

Together they created: In Between (2005), Here and Not for Curtain up Festival-Israel(2006), Silenzio Cucito, Piccola Piccola for Zirat Machol Jerusalem (2007), And after all that for HaDance company in Haifa Israel, Drops of memories for the Modem Atellier in Catania, Sicily (2008), Uno Uno (2010), Broken alright Broken alright – for Machol Shalem Festival Jerusalem, Mister moon and Miss Luna for Vizo school of Art, Haifa, Echad Echad for the Sadna in Haifa(2011), Left between Us, Is it Okay if I die like This? For the SEAD experimental Academy (2014).
In 2017 premiered their full evening duet ‘First and Last’ in Hangartfest, Pesaro Italy and performed it as well at Teatro De Micheli in  Copparo, Italy and in the frame of Tel Aviv/Dance – Susanne Della center, Israel.

In 2016/17 collaborated with the choreographer Claudia Catarzi for their first piece together: ‘a set of timings’ which was performed in InterPlay festival Torino, Armunia Festival.

In 2018/19 Created two pieces for the APPStage formation program of Almadanza Academy in Bologna, “Sovrapposti” and “Wish”.

Their choreographies were awarded in the Hanover competition – Germany and the Oriente Occidente festival, Italy.

Since 2010 she became a mother to Liam and Luna. 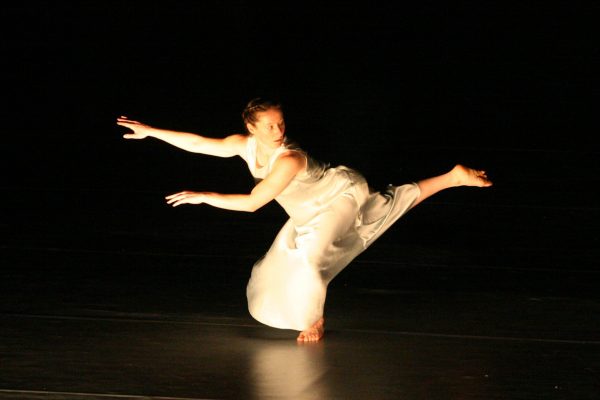